A message from JC Allison -
On April 22, 2020 at 6:01 p.m., a nearly mile-wide, category 3 Tornado tore through the East Texas town of Onalaska. It first touched down just West of the Trinity River, moved across the river, and then continued on the ground for 35 miles, moving NorthEast at a speed of 60 MPH, before lifting back into the clouds.

The AllisonWonderland Compound was hit by the South edge of the twister, and though damaged, the house withstood the 150 MPH winds. Many other structures did not survive. All that was left of them was concrete foundation slabs.

The damage to the house included the tearing off of the Aluminum Cladding on the North side of the Roof, and depositing it on the next property to the East of the house. Also a couple of trees landed on top of the South Side of the Roof, punching holes in it.

The most devastating damage happened when a 112 foot tall Pine Tree, with a 40" diameter trunk became uprooted and fell right on top of on Lorrie Van Haul. On its way down, it also crashed through the Elmer Gantry, the Operating Table, and the Saw Horses on which it rested.

Lorrie appeared, at first, to be completely destroyed, but after the some semblance of order had been restored, closer inspection revealed that while Lorrie's body, and radiator had been crushed, the Chassis, Engine, Transmission, Drive-line, Differential, Wheels, Brakes, Axles, and everything to the Starboard of center (which included the Stewart Warner Dash Panel) had survived with little to no damage.

The upshot of all this is that we are awaiting the installation of a NEW Roof, with all the attendant details involved with that operation which is scheduled for the immediate future, and it dependent of the whims of the weather.

Lorrie Van Haul's Body has been removed, and she is presently up on Jack Stands and the project of designing, fabricating, and installing of a NEW Body is underway. Lorrie will live again, but this time with a bit more glamor and panache. Have been keeping a photographic log of everything that has been done. Will document the resurrection and rehabilitation of Lorrie Van Haul when the time comes.

Would like to recognize a few of the many people who responded to this disaster. Will mention them in the order of appearance:

First was the Texas Department of Safety. Three Officers checked on my welfare, and asked if there was anything that was needed. There was sufficient water and food for a week, but the food was all in cans, and the only can opener available was electric. Alas, the electricity was off as the tornado had torn the Electric Lines down, so there was no way to open the cans. They left after checking on me, and then one of the DPS Officers returned a short while later with a can opener! Thanks DPS!

Next to show up was three Polk County Sheriff's deputies. And the leader of the three was a woman who put my place first on the list of the next day's Disaster Relief efforts. Thanks PCSD!

Then at first light on April 23, 2020, "Bubba", and two other Onalaska Volunteer Fire Department guys arrived. Bubba was a virtuoso Chain Saw operator. They cleared away the all the Pine trees that had all the exits from the house blocked. Very efficient. Thanks OVFD!

It wasn't long before the Southern Baptist Convention Disaster Relief Teams began arriving with trailers filled with equipment: Bull Dozers, Chain Saws, and equipment that made possible the removing of the Trees that had landed on the Roof. The people who were in charge were all professional experts at dealing with this kind of situation. They went about restoring order out of the chaos in a very matter-of-fact manner. Thanks SBDRT.

These four groups were the first responders.

By this time, Jeane Z. Champion in Atlanta, Georgia, after hearing about the Onalaska Tornado sprang into action! Jeane is an organizer. She set up this Go-Fund-Me Account, and dispatched her husband Chris Champion, who drove from Midnight of April 23, till 1:30 p.m. to arrive in Onalaska the day after the tornado.

Chris has been engineering the clean-up, repair, restoration, and the acquisition of estimates involved in getting things back to the pre-Tornado condition. Chris is high energy, very talented, and inventive. Is able to figure out what to do, and the order in which it needs to be done. My heartfelt thanks to Jeane&Chris. Don't know what would have gotten done without them.

Which brings us to the most important part: Would like to take the opportunity to thank EVERYONE who so generously donated funds with which to help pay for all the stuff that had to be purchased to do the cleanup, to pay for the materials and labor involved with repairing the roof, and peripheral damages.

All in all, everything has turned out as best can be expected. We're now living in a NEW normal, and just have to continue on from here.

Hope this finds you all doing well, and taking excellent care. Watch out for exciting times just ahead.


If you wish to keep up with him or donate funds to help out please click the link below....THANKS!! 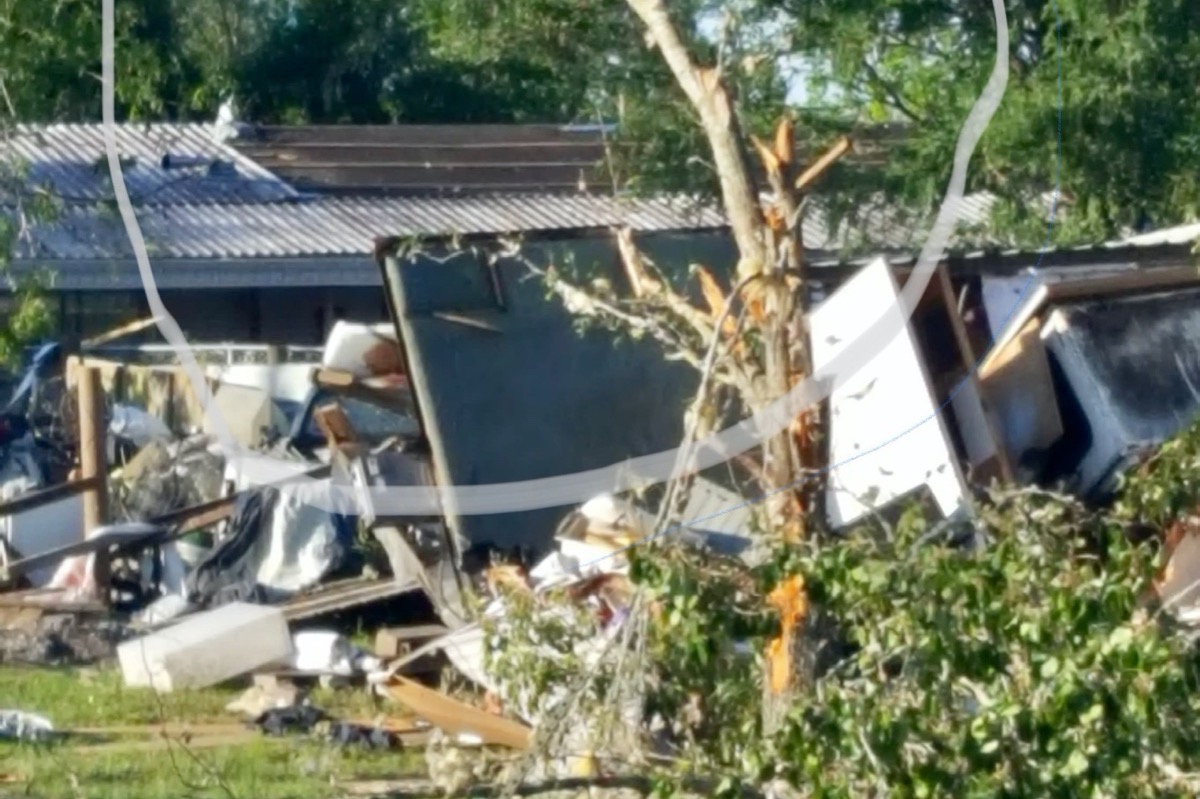 I've never met him either but through the years we've developed a GREAT FRIENDSHIP via the Internet and I feel like we know each other......

He's a "LONER" due to his suppressed immune system so he really has no close friends but he's a true survivor in every sense of the word in addition to being a BRILLIANT MIND!!

I'm SO GLAD he's gettin' back on his feet!!
1 - 3 of 3 Posts
Join the discussion
Continue with Facebook
Continue with Google
or sign up with email
About this Discussion
2 Replies
2 Participants
Last post:
Marauderjack 1 mo ago
Ford Muscle Cars Tech Forum
A forum community dedicated to Ford performance owners and enthusiasts. Come join the discussion about popular models such as the Mustang, Galaxie, Falcon, Fairlane, Torino, Shelby and many more!
Full Forum Listing
Explore Our Forums
All Ford Techboard Galaxie Pages The Garage Falcon Pages Mustang Pages (1965-1973)
Popular Communities